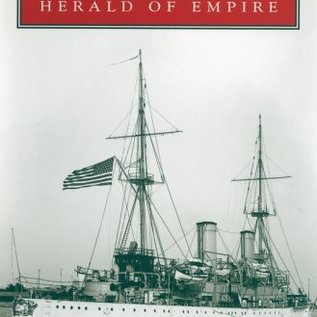 USS Olympia, Herald of Empire, by Benjamin Cooling.  History of the last survivor of the Spanish-American War, the oldest steel-hulled warship in the world. Olympia is now on exhibit at Philadelphia’s Penn’s Landing. Paperback, 277 pages.

The USS Olympia is the oldest extant steel-hulled warship in the world. Constructed as part of a congressionally mandated program to build a modern fleet prior to the turn of the 19th century, she became famous as ADM George Dewey s flagship at the Battle of Manila Bay. Today she is part of a naval shrine at Penn s Landing in Philadelphia.

This flesh-and-steel history of a pivotal warship that straddled the eras of commerce raiding and battle fleet confrontation in naval warfare. From her conceptual beginnings on drawing boards in Washington to the battle to protect her against age, scrapping, and the advent of big-gun battleships, this landmark study celebrates one of America s classic historic ships