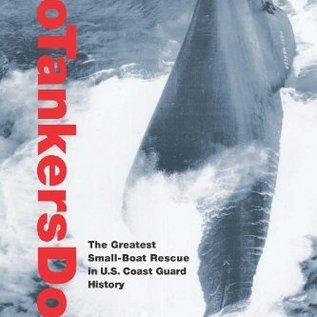 Off the coast of Cape Cod in 1950, a February blizzard tore not one but two oil tankers in half. This is the suspenseful true story of a U.S. Coast Guard captain and his small crew who were called out to rescue the tanker crews without a cutter or chopper or a sea plane. But Captain Bernie Weber knew well the infamous Coast Guard motto: “You have to go out. You don't have to come back.” He took a small boat and crew out in 60-foot waves and rescued 30 men. Weber's subsequent gold medal for valor is still revered within the U.S. Coast Guard, and this thrilling first-ever narrative is a gripping adventure story for fans of The Perfect Storm and The Hungry Ocean.