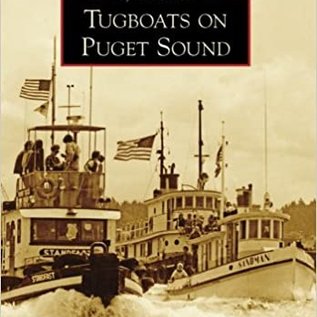 While square-rigged sailing ships, steamboats and ferries, and ever-larger cruise and cargo-carrying vessels have made their mark on Puget Sound's maritime history, no other vessels have captured the imagination of shore-bound seafarers like tugboats. Beginning in the 1850s when the first steam-powered tugboats arrived in the Sound from the East Coast via San Francisco, company owners and their crews competed fiercely for business, towing ships, log rafts, and barges. The magnetic attraction of powerful, tough tugs both large and small is unexplainable but enduring. This book, featuring about 200 rare historic images and carefully researched text, tells the colorful story of tug boating on Puget Sound.