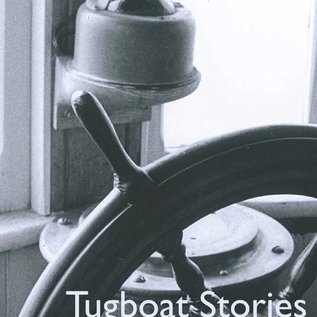 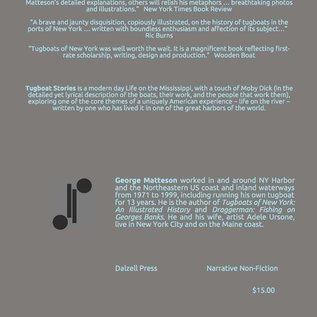 Tugboat Stories is a modern day Life on the Mississippi, with a touch of Moby Dick (in the detailed yet lyrical description of the boats, their work, and the people that work them), exploring one of the core themes of a uniquely American experience − life on the river − written by one who has lived it in one of the great harbors of the world.

Tugboat Stories is a suite of linked stories based on the author’s career as a seaman and owner/operator of tugboats working in New York Harbor from 1971 to 1998. The work comprises both a portrayal of the socially complex and deeply traditional world of the harbor community and the narrator’s progress within that world from rank beginner to seasoned professional.Within the context of this loose narrative trajectory the author provides a first-hand experience of a unique life − physically demanding, sometimes comic, sometimes crude, often lonely, and, at its core, spiritually compelling.

At the time the author entered the New York harbor scene, the tugboat business was still under the sway of 19th century values and practice. Binding agreements were forged by word of mouth. Skill was assessed within the community at large rather than by governmental process, and individuality − to the point of eccentricity – was easily accepted so long as the over-arching criteria of honesty and skill were met. The harbor was still a place where independence found equal place with self discipline and excellence.

In a deeper context still, the Harbor and its people at that time shared an ancestry with the very roots of American literature. The Lower Manhattan shoreline where the narrator’s boat is tied is the same as that trod by Ishmael in the opening paragraphs of Moby Dick, the river in front is the same as in Whitman’s “Crossing Brooklyn Ferry”. The looming Brooklyn Bridge and the harbor dawn are the same as beheld by Hart Crane. The narrator walks in the footprints of the creators of “On the Waterfront” and learns many of the same skills and disciplines as did Mark Twain in Life on the Mississippi.

George Matteson lives in New York City and on the coast of Maine with his wife, artist Adele Ursone. He worked in and around NY Harbor and the Northeastern US coast and inland waterways from 1971 to 1999, including running his own tugboat, the Spuyten Duyvil, for 13 years. For some of those years, he not only worked, but also lived on the water.He is the author of Tugboats of New York: An Illustrated History, New York University Press, 2005 and Draggermen: Fishing on George’s Bank, Scholastic/Four Winds Press, 1979, and the co-author of The Christmas Tugboat, a children’s book, Clarion Books/Houghton Mifflin, 2012. He is also an accomplished poet, with an anthology, That Miraculous Land & Other Poems, East River Press, 1982. He curated an exhibition, As Tugs Go By: A History of the Towing Industry in New York Harbor, at the John Noble Maritime Collection, Sailors’ Snug Harbor, in Staten Island, New York in March, 2008