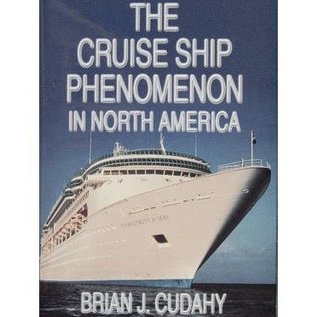 Even taking into account the extraordinarily prosperous economic climate of the late twentieth century, the .number of people who now choose a cruise ship vacation is phenomenal. The number of passengers leaving from North American ports leaped from 330,000 in 1965 to nearly seven million at the turn of the century.This book gives the reader a sense of the scope of the cruise ship industry, tracing the backgrounds of various cruise lines and providing information about the time, money, and effort that go into the myriad details encountered between building plan and cruising itinerary.

From shipbuilders to cruise operators and the peripheral businesses of airlines, hotels, and land-based transportation and tour companies, cruise ships have spawned a far-reaching network that affects millions of passengers and involves billions of dollars.As an added bonus, the wealth of information in a detailed appendix gives readers an instant history of the ships, including notes on specifications, builders, registry, and passenger capacity.  According to maritime historian John Maxtone-Graham, “The Cruise Ship Phenomenon in North America is not only a good and fascinating read, it is also an unrivaled work of reference…Brian Cudahy has rewarded passengers, cruise line personnel, and maritime historians alike with a splendidly evocative and unique benchmark.”
7 x 10  hard cover with dustjacket, 364 pages.