The Buccaneers of America

Home / The Buccaneers of America 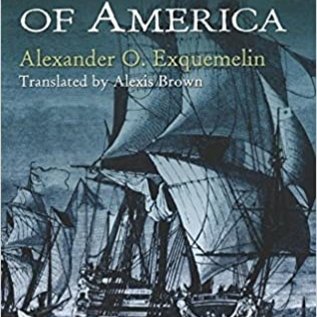 Exquemelin's book of adventure and swashbuckling tells the true stories of distinguished pirates such as Captain Henry Morgan.

First published in 1678 just a few years after the described incidents took place, The Buccaneers of America is also known by the title The Pirates of Panama. For its unabashed description of adventure and thievery on the high seas, the text has captivated audiences for centuries with its frank and reasonably accurate accounts of piracy in the waters of the Caribbean and Central America.

The main focus of the book is Captain Henry Morgan, an English pirate whose skills at coastal raiding resulted in his gaining great fame and fortune. Rare for a pirate in that his raids were for the most part consistently successful and lucrative, Morgan would eventually retire and be granted the governorship of Jamaica by a British government grateful for work he performed for the Crown.

This edition of the book is derived from a version of the text which first appeared in 1914. The text is generally faithful to Alexander Exquemelin's first-hand descriptions of his adventures, sailing with some of the most notorious pirates to ever venture upon the seas. Although divided into chapters, the book is written as a detailed but engaging log of the various escapades the pirates embarked upon, and is a text worthy of any enthusiast of piracy.