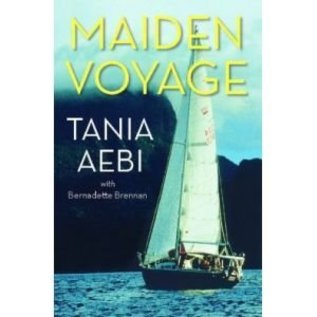 Tania Aebi was an unambitious eighteen-year-old, a bicycle messenger in New York City by day, a Lower East Side barfly at night. In short, she was going nowhere-until her father offered her a challenge: Tania could choose either a college education or a twenty-six-foot sloop. The only catch was that if she chose the sailboat, she'd have to sail around the world-alone. She chose the boat, and for the next two and a half years and 27,000 miles, it was her home. With only her cat as companion, she discovered the wondrous beauties of the Great Barrier Reef and the death-dealing horrors of the Red Sea. She suffered through a terrifying collision with a tanker in the Mediterranean and a lightning storm off the coast of Gibraltar. And, ultimately, what began with the sheer desire for adventure turned into a spiritual quest as Tania came to terms with her troubled family life, fell in love for the first time, and-most of all-confronted her own needs, desires, dreams, and goals.