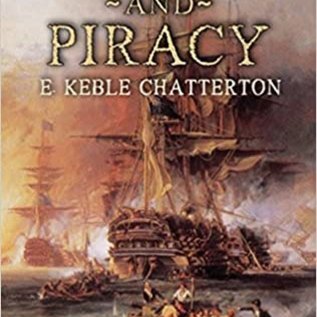 Pirates and acts of piracy were not limited to the Caribbean Sea and the 16th and 17th centuries, as is commonly thought, but ranged far across time and place. Men of adventure who took to pirating in classical times around the Mediterranean are featured in these stirring true tales of high-seas treachery. Gripping narratives of corsairs, freebooters, and privateers—from the Vikings in their longships to the pirates of the Levant and the China Seas—come vividly to life in these swashbuckling, compulsively readable chronicles. Here are riveting accounts of North Sea brigands, Elizabethan seamen, and Turkish pirates; of notorious plunderers like Henry Morgan, Edward (Blackbeard) Teach, and Captain Kidd; as well as the pirates of Borneo and China.
Enhanced with sixteen illustrations, the fascinating text recounts as well the stories of daring men who intercepted enemy ships for King and country (and to enrich their own purses). Sure to be welcomed by armchair sailors, this highly readable study of the maritime marauders who sailed under the Black Flag will also appeal to naval historians and old salts.