The Pine Barrens of New Jersey 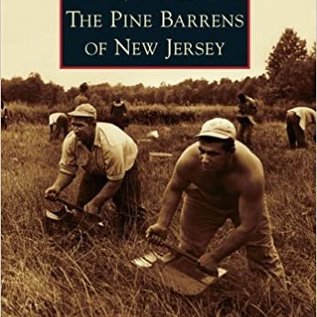 Once called the home of the Jersey Devil, the Pine Barrens of New Jersey are more than meets the eye.

The Pine Barrens of New Jersey cover 22 percent of the most densely populated state in the country. It is the largest stretch of open space between Boston, Massachusetts, and Richmond, Virginia. It reaches across 56 municipalities and 7 counties. The name came from early settlers who thought the area was a vast wasteland, but it is anything but barren. Underneath this incredible natural resource lies almost 17 trillion gallons of some of the purest water on earth. Stands of pitch pine gave birth to the charcoal industry, and its acidic swamps were used first for bog iron and later for cranberry production. Many firsts came from this area, including cranberry sauce, cultivated blueberries, and grape juice. Numerous industries have risen and fallen over time. Remnants of forgotten ghost towns bear witness to that history, but the real stories come from the people who lived and worked there.