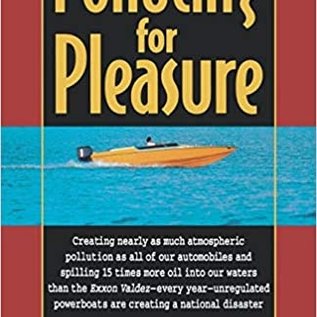 In the tradition of Silent Spring and Unsafe at Any Speed comes this frightening, landmark environmental study. The message: seemingly innocuous recreational boats, particularly outboards, are polluting as much as all the cars and trucks in America; and the marine industry has been holding its breath, hoping that nobody notices. Polluting for Pleasure begins with the author accidentally discovering that pleasure boats have been spilling oil into the environment on a magnitude that is staggering. In addition to being 80 times more polluting than automobile engines, the more than 8 million two-cycle outboard engines put more oil into American waters than 15 Exxon Valdez oil spills, annually! Oil, like dirt collecting on the sides of a bathtub, contaminates the shores and marshlands of our lakes and rivers, the cradles of all marine life. This important new book not only studies the problem of pollution from powerboats and the environmental effects, it also offers constructive suggestions for alleviating the problem.