Integrity: A Life In Boats Volume 3 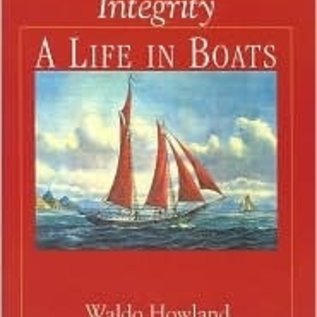 Waldo Howland loved lumber, especially when it was carefully honed and set into the sea. By building his coasting schooner, the aptly-named Integrity, he showed that the era of the wooden boats and craftsmanship was not over, although his Concordia Companybuilders of the Beetle Cat and the Concordia Yawlalready had provided ample proof of that. Howland built his life as he built his boats, ever mindful of purpose and ever careful with means, as he brought new generations to the sea through his company, his environment in Massachusetts, and his half-century of involvement with the yachting community. This is the last of the three books he wrote about his life. It includes dozens of photographs and illustrations, but between the lines and pictures Howland gives us an idea of what he wanted as his legacy: wooden boats, a museum called Mystic Seaport alive with New England's maritime past, present, and future, and, of course, integrity.