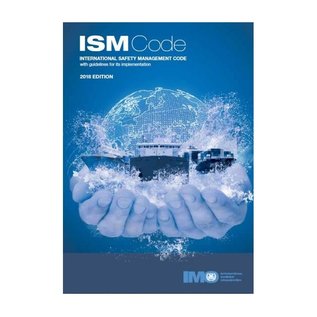 The purpose of the International Safety Management (ISM) Code is to provide an international standard for the safe management and operation of ships and for pollution prevention.

The Code's origins go back to the late 1980s, when there was mounting concern about poor management standards in shipping. Investigations into accidents revealed major errors on the part of management, and in 1987 the IMO Assembly adopted resolution A.596(15), which called upon the Maritime Safety Committee to develop guidelines concerning shore-based management to ensure the safe operation of ro-ro passenger ferries.

The Code establishes safety-management objectives and requires a safety management system (SMS) to be established by "the Company", which is defined as the owner or any other organization or person, such as the manager or bareboat charterer, who has assumed responsibility for operating the ship and who, on assuming such responsibility, has agreed to take over all duties and responsibility imposed by the Code.

The Company is then required to establish and implement a policy for achieving these objectives. This includes providing the necessary resources and shore-based support.

Every company is expected "to designate a person or persons ashore having direct access to the highest level of management" in order to provide a link between the company an those on board.

The procedures required by the Code should be documented and compiled in a Safety Management Manual, a copy of which should be kept on board.

Amendments to the ISM Code

Amendments have been adopted:

This publication is an essential reference for maritime administrations, ship owners and operators, shipping companies, training providers and education institutes, shipbuilders, engine and equipment manufacturers and others with interest in ensuring safety at sea and prevention of damage to the environment.