Cape Cod Bay - A History of Salt and Sea

Home / Cape Cod Bay - A History of Salt and Sea 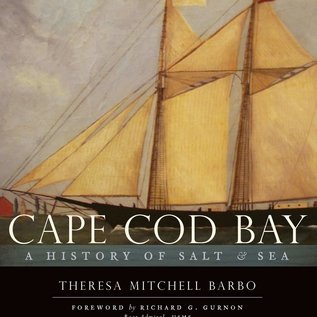 European explorers were captivated by the seemingly endless bounty of natural resources on Cape Cod Bay. One Englishman declared that the codfish were so thick one could walk on their backs. Early settlers quickly learned how to harness the bay's resources and excelled at shore whaling, shipping and salt making. But as these new industries flourished, the native Wampanoag, who helped the fledgling colony to take root, nearly vanished. Author Theresa Mitchell Barbo's skillful narrative weaves together the natural and cultural histories of the bay, highlighting some of the region's diverse milestones- from the drafting of the Mayflower Compact in 1620 to the establishment of the Pilgrim Nuclear Power Plant 350 years later. Cape Cod Bay: A History of Salt & Sea inspires new appreciation for this storied and stunning seascape, and underscores the importance of new efforts to preserve the bay's unique ecosystem.