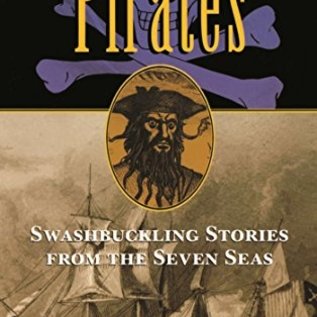 The surprising success of Pirates of the Caribbean, a new screen adaptation of the classic Peter Pan, and the Russell Crowe film Master and Commander have fueled interest in seagoing swashbucklers. There is a rich literature on pirates -- both in fiction and nonfiction. This collection offers excerpts from the works of contemporary authors: Patrick O'Brian's riveting account of a sea battle with Borneo's pirates will enthrall his fans; Farley Mowat's The Black Joke is a rousing adventure of the rum-running set in the 1930s and written in the tradition of the great classic pirate tales. Readers will also discover and rediscover the most infamous pirates of yore, from Treasure Island's Long John Silver to Peter Pan's Captain Hook. They'll encounter pirate adventures from neglected classics such as L. Frank Baum's Pirates in Oz, Alexandre Dumas's The Count of Monte Cristo and Rafael Sabatini's Captain Blood. And they'll find accounts of the dastardly deeds of female pirates both real (Anne Bonney and Mary Read) and imagined (Arthur Ransome's Chinese pirate Miss Lee). Pirates also draws upon colorful true-life accounts and authentic first-person narratives of pirates -- and their victims -- discovered in nearly forgotten works such as The Pirates Own Book and Captured by Pirates.