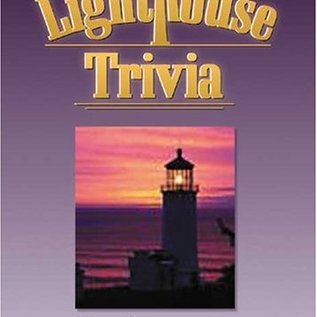 Filled with fun facts about America's most fascinating landmarks, this book is a must for every traveler and trivia fan! Readers of all ages can travel around North America and the world as they learn the answers to over 140 challenging lighthouse trivia questions. Sample trivia includes What lighthouse was the first built in the United States?; The first Civil War battle took place near an Atlantic lighthouse after Major Robert Anderson refused to surrender. Which lighthouse was positioned near this battle and the retreat of Fort Sumter's Union troops?; Which lighthouse has no source of electricity or any other source of light but gives light every night?