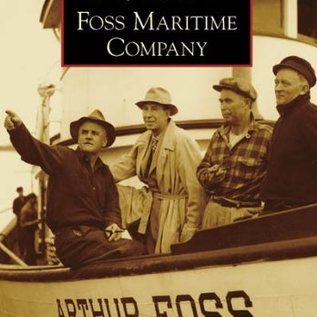 Anyone viewing the ports of Tacoma or Seattle will be familiar with the green-and-white Foss tugboats directing huge ships into docks, scurrying alongside barges filled with products from around the world,
and patiently pulling rafts filled with logs to mills or to ships headed overseas. Since 1889, the Foss family has taken their business from rowboats to powered launches, eventually developing some of the most powerful tugboats in the world. Foss Launch and Tug is a true American success story of struggling Norwegian immigrants who came to the Pacific Northwest and parlayed a single rowboat sale into a vast fleet. Now known as Foss Maritime Company, the business has expanded well beyond its Tacoma-harbor birthplace to secure for itself a niche in the worldwide market.