Fire on the Waters : A Novel of the Civil War at Sea

Home / Fire on the Waters : A Novel of the Civil War at Sea 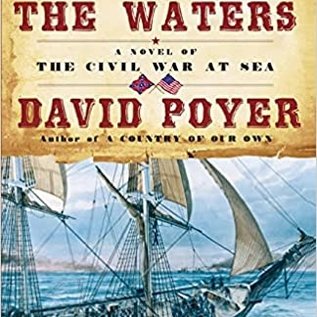 The year is 1861, and America shudders on the brink of disunion. Elisha Eaker, scion of a wealthy Manhattan banking family, joins the Navy against his father's wishes. He does it as much to avoid an arranged marriage to his cousin, Araminta Van Velsor, as to defend the flag.
Eli meets Lieutenant Ker Claiborne aboard the sloop of war U.S.S. Owanee. An Annapolis graduate who's seen action in the West Indies and the Africa Station, Claiborne is cool and competent in storm and battle, but he now faces an agonizing choice between the Navy he loves and his native Virginia. Whichever road he takes, he'll be called a traitor.
With authentic nautical and historical detail, master sea-yarner David Poyer follows Eli, Araminta, Ker, and their loved ones and shipmates into a maelstrom of divided loyalties, bitter partings, stormy seas, governmental panic, political blundering, and, finally, the test of battle as the bloodiest and most divisive war in American history begins