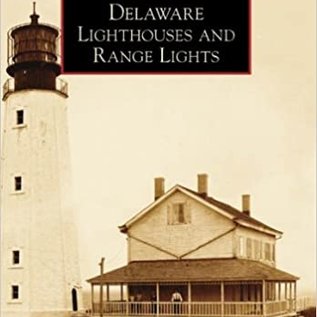 Delaware does not usually come to mind as one of America's great maritime states. Yet it has a long history of "firsts," innovations, and improvements in lighthouse construction and technology dating from the beginning of lighthouse history in the United States. One of the original six lighthouses built before the founding of this country was in Delaware. In the following years, major offshore lighthouses and an extensive system of range lights were established. At the height of its lighthouse history, Delaware had 27 manned light stations that warned mariners of the shoals and colliding currents at the mouth of the Delaware Bay and guided ships safely from the Atlantic Ocean to the inland ports of Wilmington and Philadelphia. Most of Delaware's lighthouses are gone now, preserved only in faded photographs and yellowed documents such as those collected here. The lights that remain struggle daily to survive the punishing hands of vandals and Mother Nature.