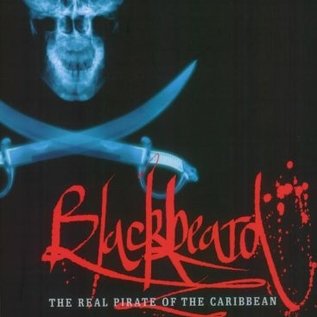 Blackbeard's extraordinary life of excess during the Golden Age of Piracy ignited a reputation that struck terror into men's hearts from Virginia to Barbados. Leading a flotilla of ships through the clear waters of the Indies, he left in his wake the image of a "ranting, roaring, swaggering, swearing" sea captain that is still remembered today. Blackbeard's life on the high seas, chasing wealth, freedom, and power, ended in a bloody battle that ultimately marked a turning point in history. This book accompanies a multimillion-dollar BBC-National Geographic drama that explores the reality of the man behind the beard. Far from the caricature of films and novels, Blackbeard was a complex character who was as charming as he was ruthless. The atrocities he indulged in, and how they eventually proved to be his undoing, are here explored through a fresh appraisal of surviving contemporary documents. Today, we might associate pirates with peg-legs, parrots and dreamy tropical islands, but the disturbing truth is the stuff of nightmares.