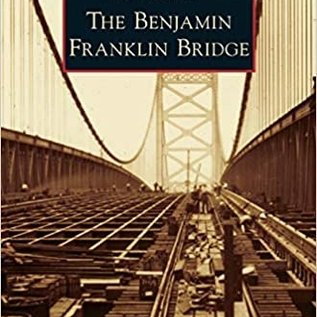 The Benjamin Franklin Bridge, originally named the Delaware River Bridge, was constructed to connect the cities of Philadelphia, Pennsylvania, and Camden, New Jersey. For a time after its opening on July 1, 1926, it was the longest suspension bridge in the world, with a main span of 1,750 feet. The Benjamin Franklin Bridge contains many rarely seen images of the bridge's planning and construction, the individuals who helped make the concept of the bridge a reality, and the workers who built it. The bridge has undergone many changes in the decades since its opening, and these vintage photographs trace its evolution, illustrating the bridge's endurance as a symbol of the Philadelphia-Camden metropolitan area.