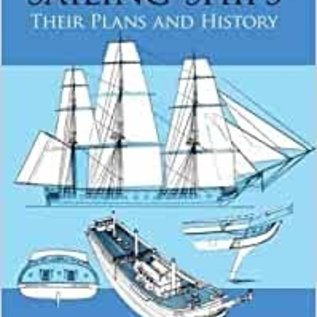 American Sailing Ships offers lively discourse on shipbuilders such as 18th-century American designer Joshua Humphreys, whose frigates had no equal among the sailing men-of-war of any other nation; illuminating insights regarding crews, chains of command and life at sea; an account of how the Gloucester-built chebacco boat Fame earned the right to that name as a privateer during the War of 1812, outsailing and capturing vessels ten times its weight; and much more.
Davis's classic work is sure to intrigue sailing enthusiasts, historians, Americana buffs, and model builders. American Sailing Ships, here in its first popularly priced paperback edition, promises the imaginative reader an unforgettable taste of seafaring excitement.